Early booking: Contact us and find out how to make the most of our 2023 opportunity!

A fascinating motorcycle tour travelling along winding roads and through breathtaking scenery, in the heart of Italy. Plus a special event: three track days on Mugello with two time WSBK champion Troy Corser riding a BMW S1000RR!

This tour is pure adrenaline for track enthusiasts with a big heart and a smooth right hand.

It includes 5 days of riding the hidden curves of Central Italy and three days riding our favorite European track. It’s a great tour for both track riders and passengers because Mugello is close to all the wonders of Florence.

Arrive in Rome, pick-up your touring motorcycle to ride along the endless twisty roads in the heart of Italy, learn more about how to make the most of your BMW S1000 RR on the the Mugello World MotoGP Circuit, be part of the Italian hospitality, celebrate every evening with delicious Italian food and fine wines, and make new friends to share this incredible Italian experience.

You will be in very capable hands during your days here in Central Italy: Tour Leaders Enrico Grassi, founder of Hear the Road Tours, and Cat MacLeod, owner of Leod Escape in the USA, have spent many hours developing the routes to ride, the cities to visit, the sites to see, as well as the hotels and food options which are key to making this kind of an adventure something to remember and cherish.

This fabulous tour starts and ends in the beautiful, Eternal City of Rome. 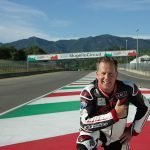 If Ernest Hemingway were alive today, he'd be All IN for the Italian Motorcycle Dream with Hear The Road and Leod Escapes. Anyone can get on a plane and be walking through Rome, Bologna or Sienna the next day, but to truly experience Italy, you must embrace the 'possibilities!' Traveling with Enrico and Cat you will motor though small Italian villages with pit stops for delicious espressos and grand vistas. You will re-create your own version of the famous Italian race the Millie Miglia, cresting famous mountain passes with names such as Futa, Raticossa and Muraglione. Enrico sharing unique stories about your current location, farm to table dinners with paired wines and downtime to explore the area at your own pace. Finally, a dedicated day at truly one of the most spectacular racing venues in all of motorports, Autodromo Mugello. You will drive your track-prepped Ducati faster than you have ever gone,video-taped and critiqued by Ducati's own racers and end the day celebrating your success with your fellow travelers over thick cuts of steak and red wine. Just like Ernest would have." 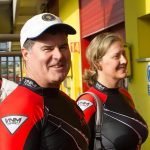 The Italian Dream Tour was spectacular in every way. This trip was perfect for motorcycle enthusiasts who enjoy riding on twisty roads with a wide variety of gorgeous scenery. Every day was filled with a generous amount of riding combined with stops at amazing locations. The food and carefully selected accommodations at off the beaten path locations made for a true Italian experience. Spending a day riding at Mugello circuit was the ultimate way to turn a fantastic trip into a once in a lifetime memorable event. Janet and I appreciate the fact that this was a well planned and well coordinated event, yet accommodated individual preferences and desires so that it never felt regimented or rigid. his trip is a must for anyone wanting an authentic Italian vacation that reaches into places that are best be appreciated on a motorcycle." 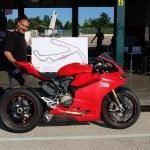 The Italian Motorcycle Dream Tour was truly a dream come true for us! Great food, great roads, amazing scenery and history, and a track day to boot! Enrico, Cat, and Nancy do an excellent job of putting together the itinerary, even arranging a surprise stop at a small bar in the middle of the twisties where they seemed to expect us. After friendly greetings and introductions, we had lunch and watched MotoGP live, complete with screaming fans/patrons and a win by local favorite Valentino Rossi! The selection of accommodations was diverse and all of them good, with the highlights for us being the B&B close to Siena and the incredible Altarocca Winery Estate. The list of enjoyable experiences goes on and on…A day in Rome, castle hunting, (including the astounding fortress of Radicofani), the Ducati factory tour, Misano World Circuit and the Ducati Rider Experience, Valentino Rossi’s Club, exploring the extraordinary city of Orvieto, the truly magical “lost city” of Bagnoregio, or the medieval city of Todi. The camaraderie of the group was really enjoyable, and riding together, at a brisk but safe pace, was a blast. Great food, remarkable roads, incredible scenery, friendly people, marvelous history, amazing experience! There are a lot of motorcycle tour companies out there, this is the one that attaches a track experience. It is grand….. Bravi!!! 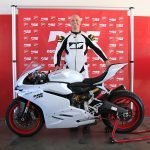 From start to finish the communication, planning and logistics were absolutely perfect! I hardly had to think the entire trip because everything was planned out for me. All I had to do was enjoy the trip of a lifetime. We got to ride roads, eat in restaurants and stay in places only someone with local knowledge could find. Italy is a gorgeous country with a lot to offer and we got the best of it. The track day at Misano exceeded my expectations. You got one on one coaching from world champion racers on the nicest track I've ever ridden. Enrico wanted to make sure the trip was perfect and he delivered. The execution was flawless and I can't wait to do another country with them next year. Enrico could give you a tour of a morgue and you'd have fun. He's the kind of guy you want to be around and share wine with. You'll hang on his every word and laugh all day long. His passion for motorcycles is only matched by his passion for his country. You'll learn from him, laugh with him, and be better for it. Don't hesitate, sign up and ride with him you'll be happy you did. 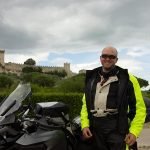 Why should you tour Italy on a motorcycle? Italy will spoil you with its maze of sinuous roads, impress you with ancient ruins, and indulge you with its cuisine... Last June, six other riders and I went on Hear The Road inaugural “Mugello & Italian Backroads” tour, a 6-day moto-romp through central Italy that included the Ducati Riding Experience, a full day of track riding and instruction on 899 Panigale sportbikes at Autodromo del Mugello, the 3.26-mile, 15-turn circuit nestled in the hills of Tuscany…Tour groups are small, guides are locals and hotels and restaurants are hidden gems. Although the track day at Mugello set the hook for this tour, it was just one of six full days of riding. By the time we returned to Rome, we had covered nearly 1,000 miles on mostly small, twisty, out-of-the-way roads, and each day brought new highlights and unique experiences. Paul Jones Full impression in all things Italian – incredible “locals only” back roads, small Italian villages, unbelievable scenery, and of course the food. Then when you’re fully intoxicated by desmos and expresso’s, you get to ride the Pantheon of race tracks – Mugello. Riding a Ducati at Mugello with professional instruction from World champions is simply an incredible experience. Just twist your wrist and enjoy – Enrico has thought of everything else for you. 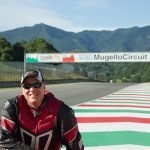 Full impression in all things Italian – incredible “locals only” back roads, small Italian villages, unbelievable scenery, and of course the food. Then when you’re fully intoxicated by desmos and expresso’s, you get to ride the Pantheon of race tracks – Mugello. Riding a Ducati at Mugello with professional instruction from World champions is simply an incredible experience. Just twist your wrist and enjoy – Hear The Road and Leod Escapes have thought of everything else for you. 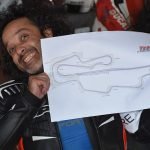 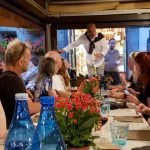 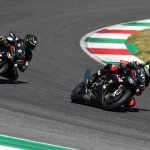 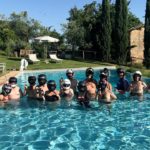 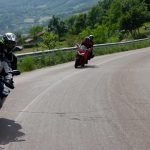 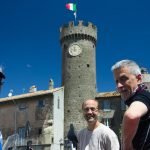 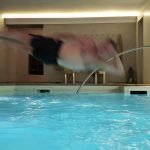 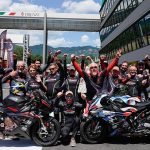 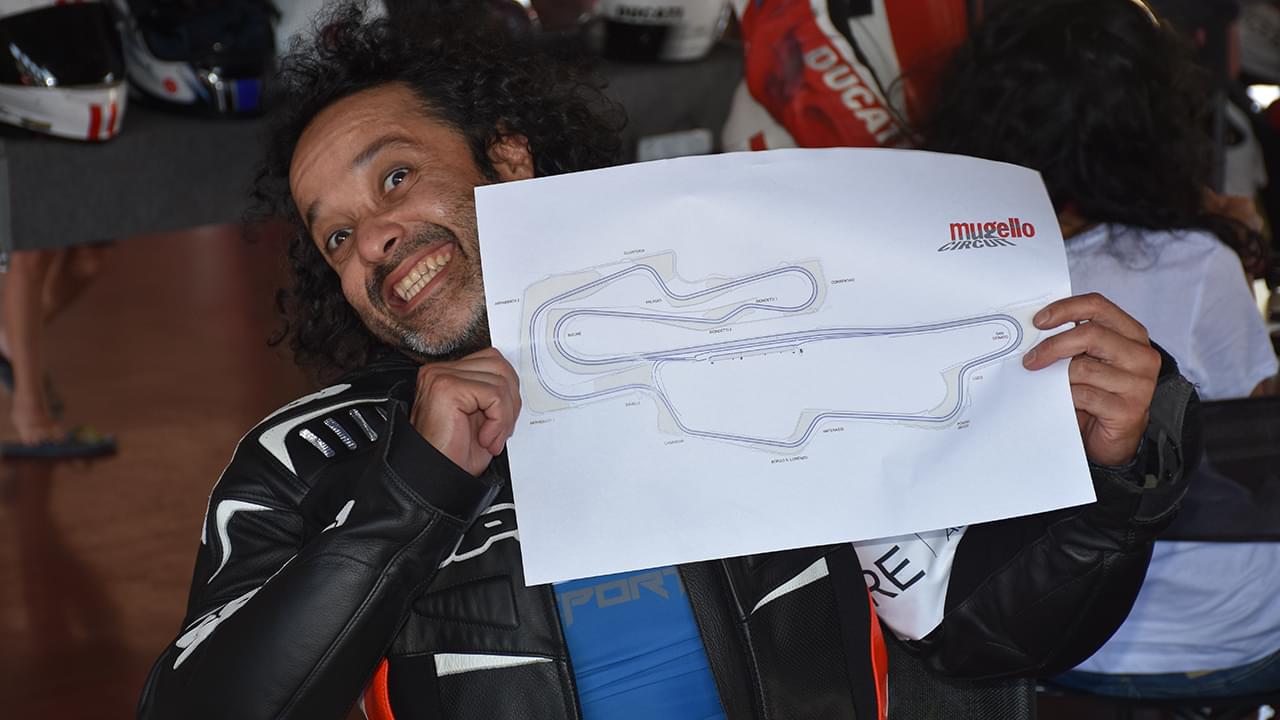 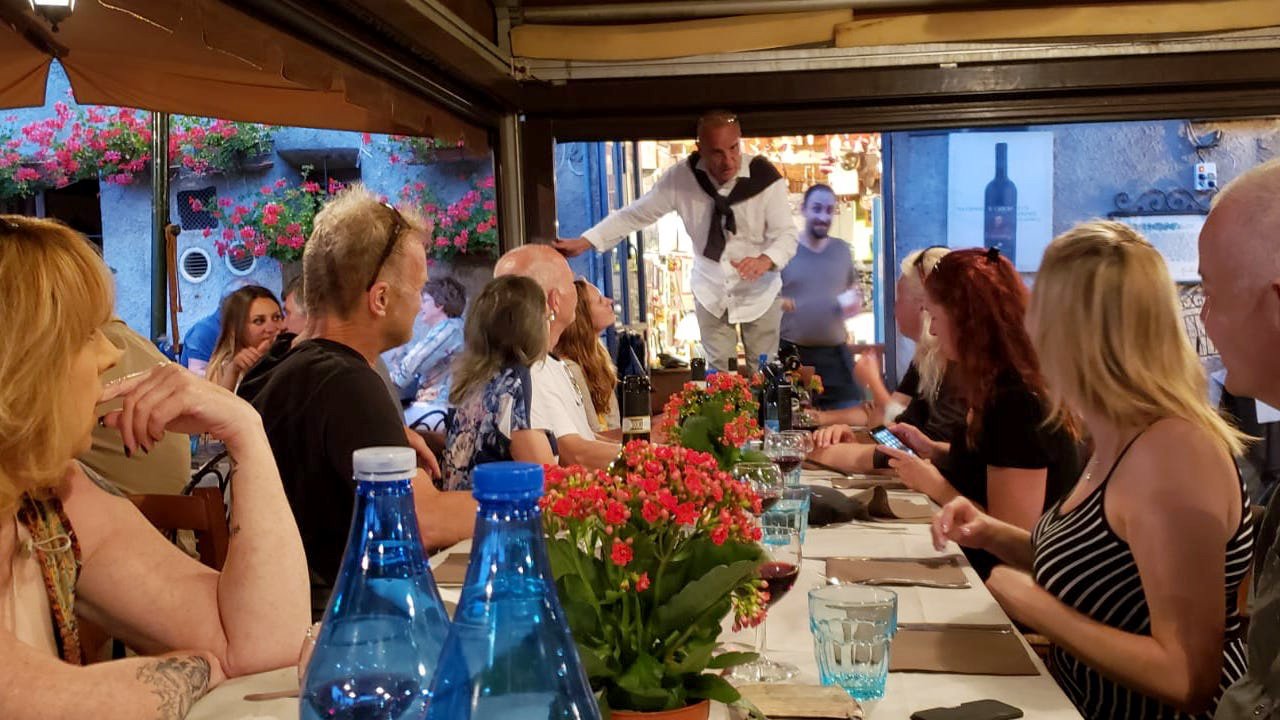 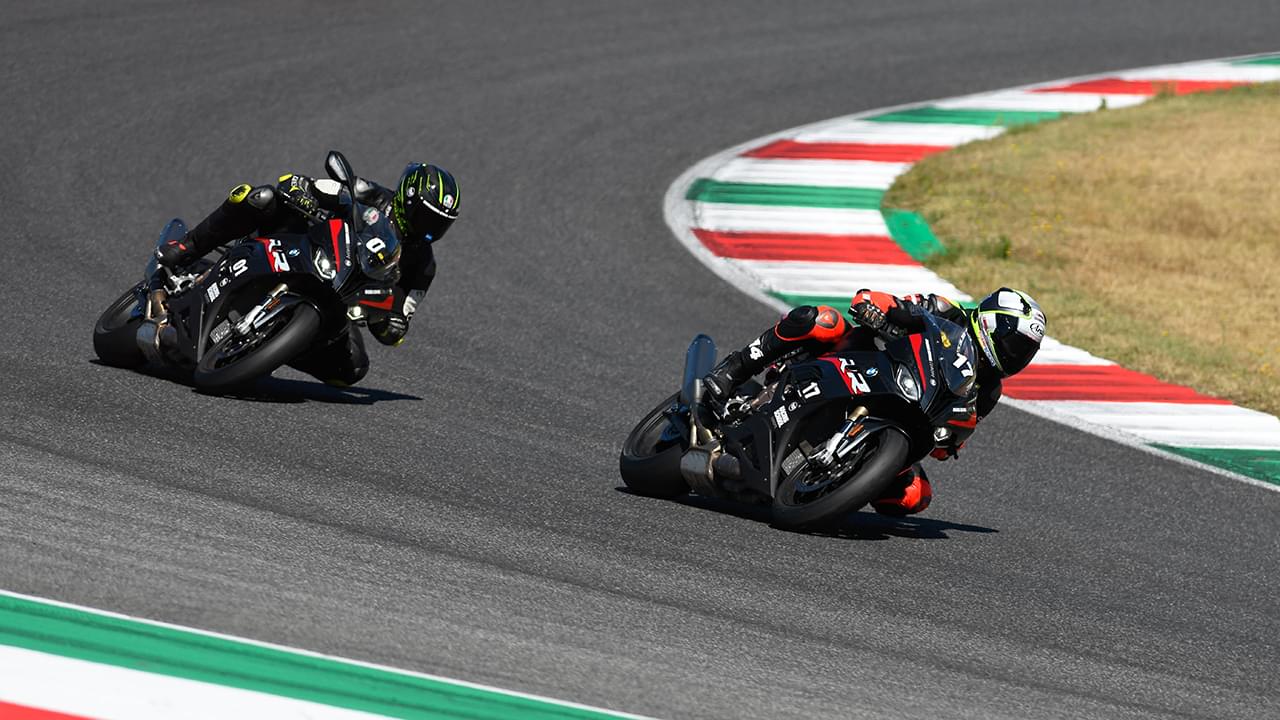 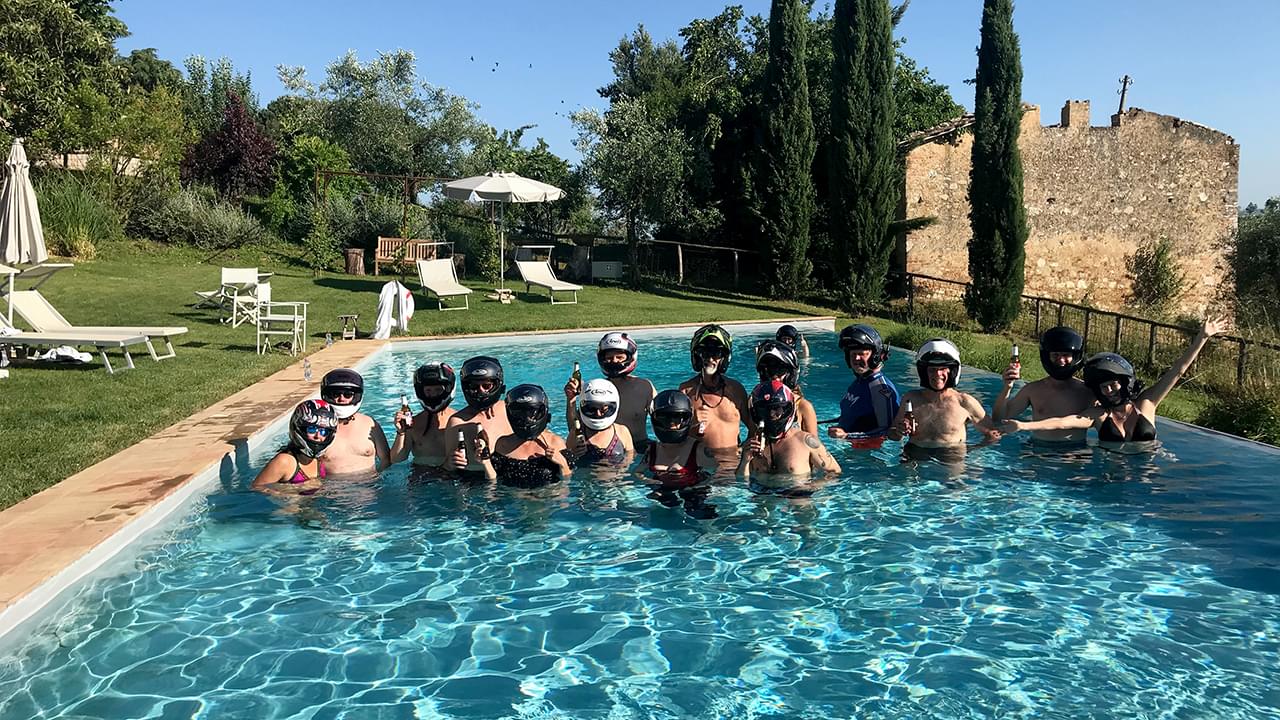 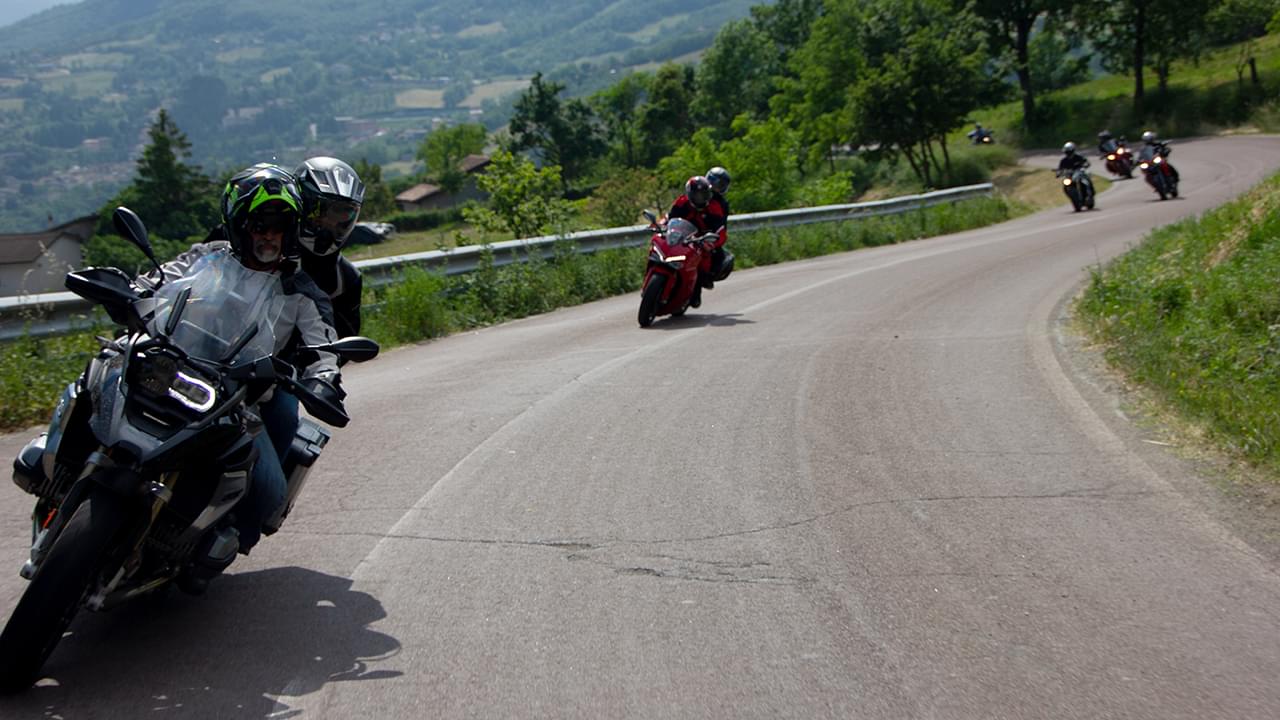 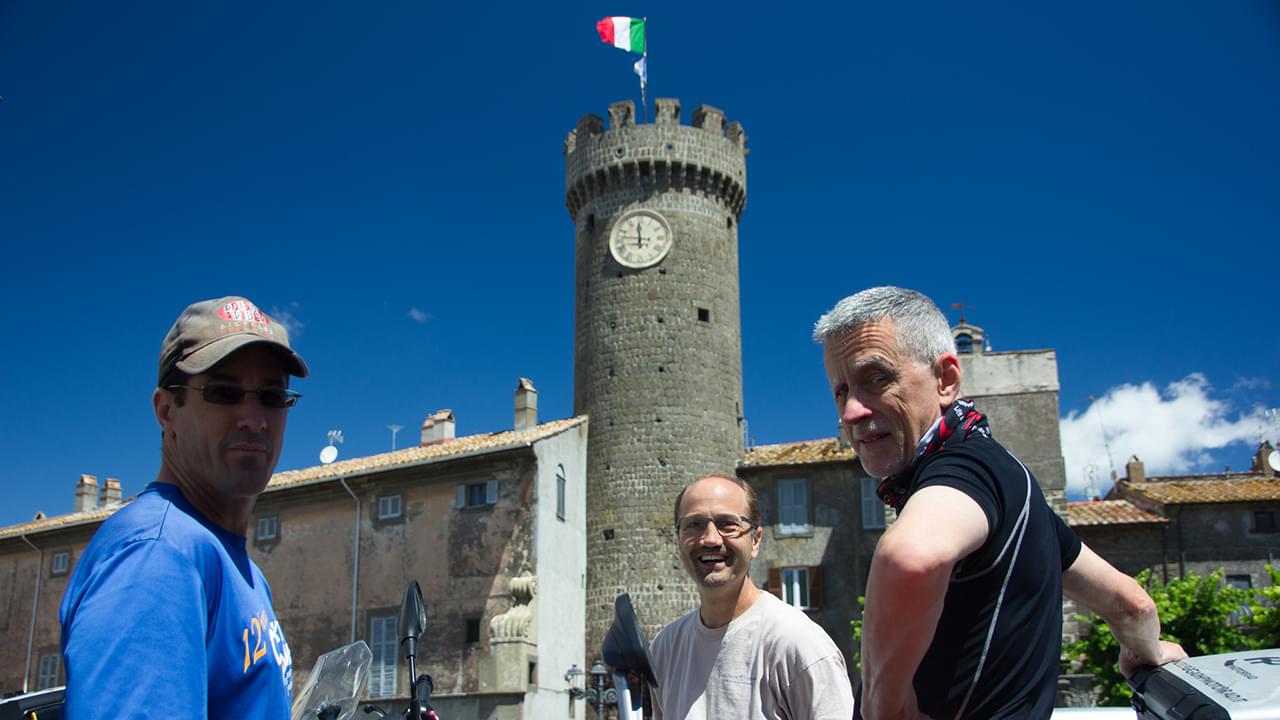 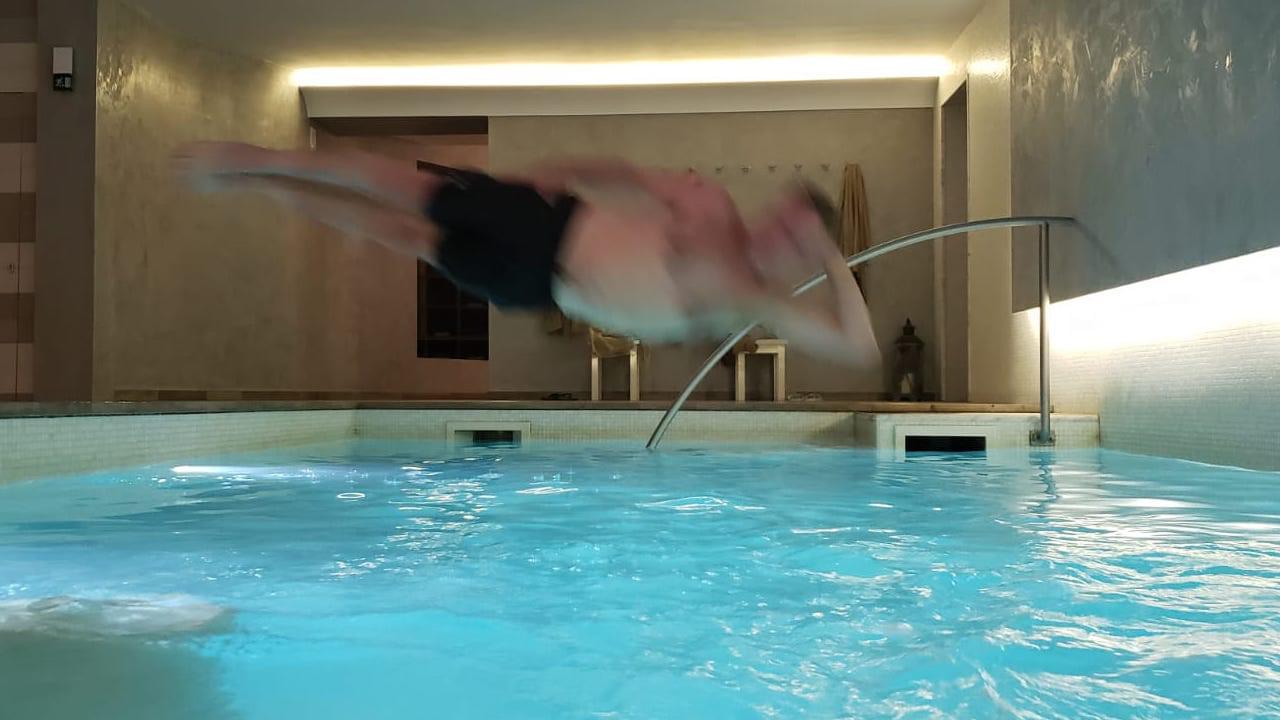 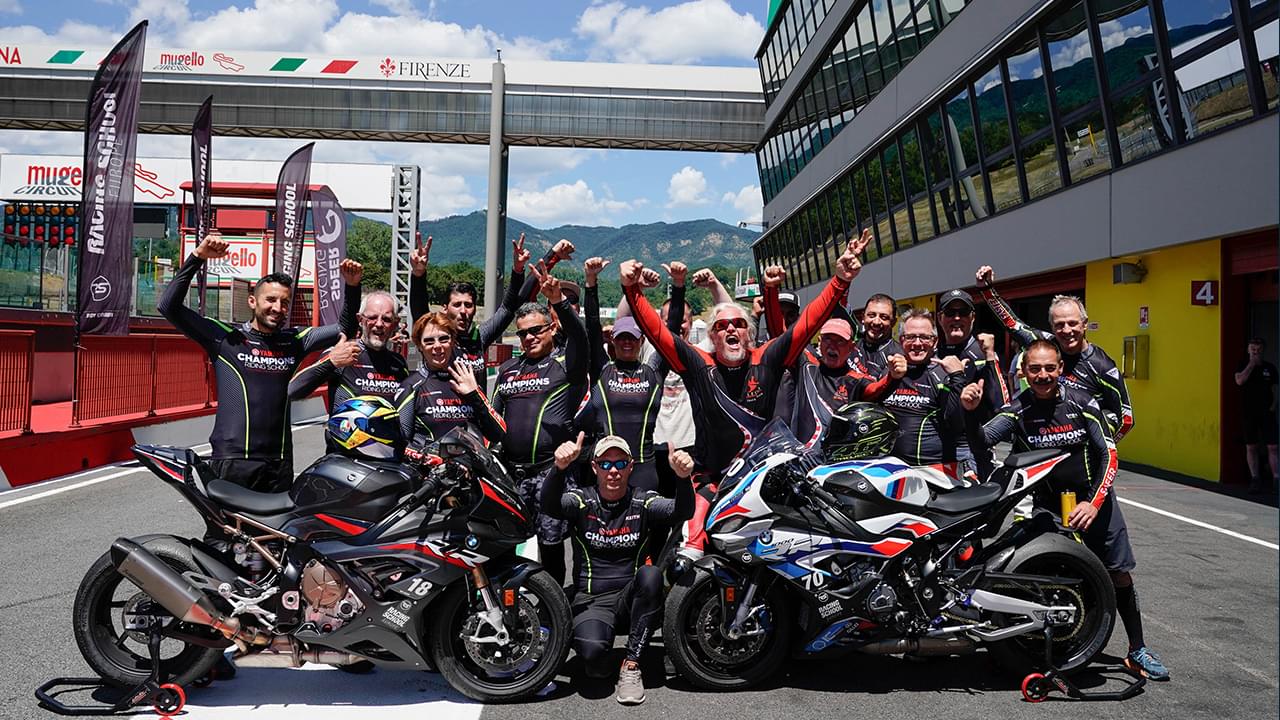 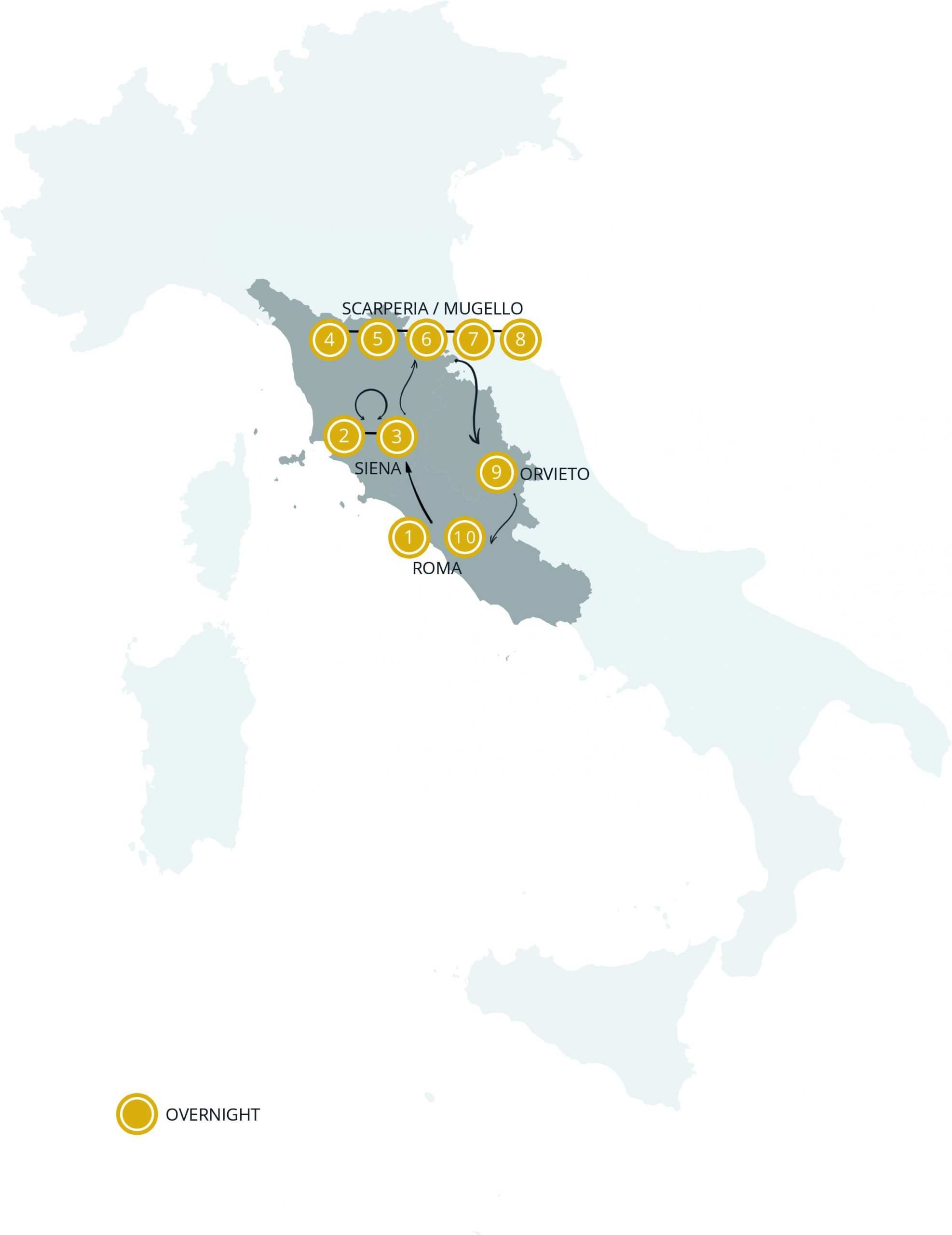