An article written by Tamela Rich and published in “OTL – On the level”, in 2019

In the Mediterranean Sea, two neighboring islands have flown the flags of many kingdoms and nations. Today, even though they are French and Italian, their flags share a symbol of cultural affinity—the Moor’s head. Sardinia was once part of Aragon (during Spain’s rule by the Moors) and while Corsica was also claimed by Aragon, it was never taken. The Moor’s head was borne by the supporters of King Theodore, the short-lived “summer king” of Corsica who temporarily freed Corsica from Genoese domination and now symbolizes a Corsican national identity.

In September 2018 several friends joined me and Enrico Grassi, owner and founder of Hear The Road Motorcycle Tours Italy, as we explored these Mediterranean islands of motorcycling paradise and cultural fascination. Both are culturally and practically as accessible as any other destination in Europe.

Crossing the sea by ferry from Italy’s mainland, our group sailed between complementary blues of sky and sea and past the island of Elba. History buffs will recognize Elba as the place of Napoleon Bonaparte’s exile after his 1814 abdication. The next day we would pass through the Corsican city of his birth, Ajaccio, but only after enjoying breathtaking and technical roads between the mountains and the sea.

Shaped like a right hand giving the “thumbs up” sign, the port city of Bastia is near the island’s figurative wrist on the east coast. We arrived there mid-morning, and as soon as we rolled out of the ferry’s hull, we made our way up the thumb, where the culture feels most French. Corsica has been part of France since 1768, but there is a strong nationalist sentiment throughout the country and a cultural affinity for Italy in the southern region close to Sardinia. 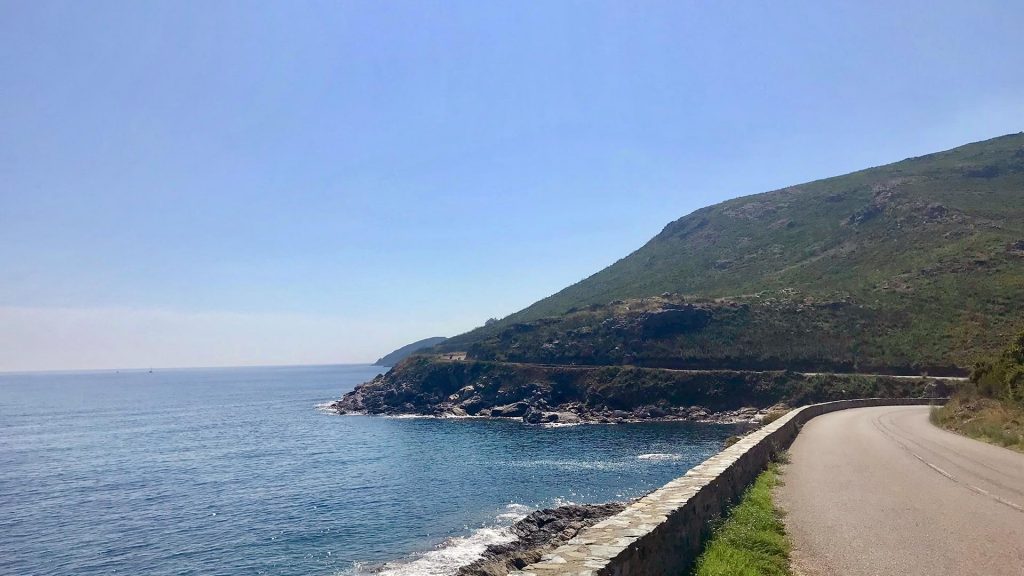 The island packs nearly 200 beaches into its 643 miles of coastline. The west coast’s inland is a granite mountain, and its tallest peak, Monte Cinto, reaches an elevation of nearly 8,900 feet. The sharp drop from mountain peaks to sea level is why you simply cannot find a straight stretch of road anywhere on Corsica’s west coastline—not that any of us would want to! All that granite makes for perfect road conditions; we only had one rough stretch of road as we approached a relatively uninhabited area near our first evening’s stop in Ferayola, right on the seashore.

Corsica is a feast for the eyes, a challenge of your cornering skills, and an olfactory delight. We drank lungs full of abundant, fragrant maquis (scrub) plentiful to about 3,000 feet. Used in perfumes, bio-cosmetics, pharmaceuticals and medical research, the plants of the maquis are deeply ingrained in Corsica’s folklore as a source of food, medicine, and cultural identity. At about the 2,000-foot altitude, you might catch whiffs of wild strawberry trees, myrtle, rosemary, cistus, and heather. 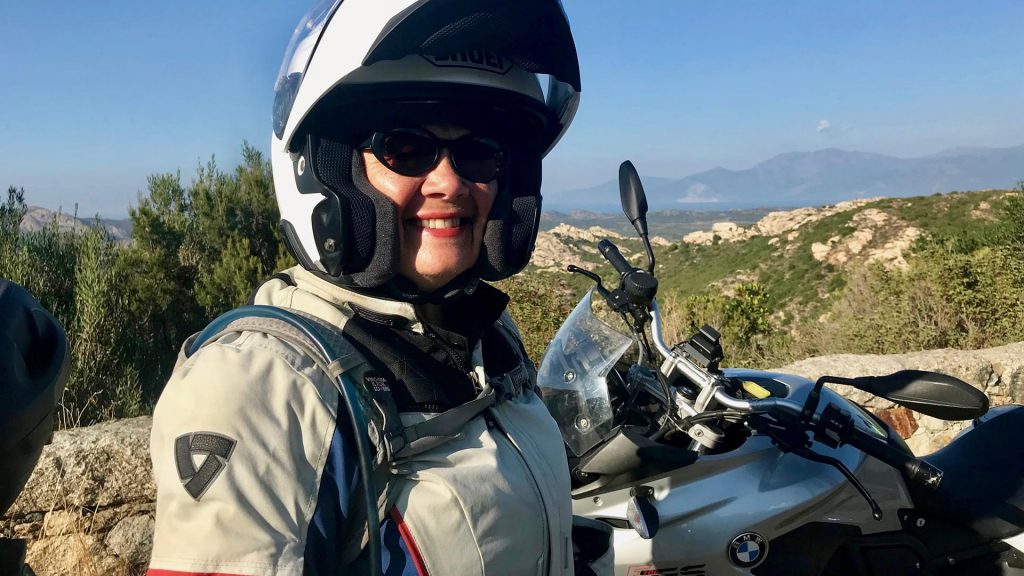 You could spend a week on Corsica, but I’d recommend at least three days. We spent one-and-a-half long days of riding with few stops in order to make our ferry schedule and hugged the thumb and west coast. Our itinerary didn’t allow time to ride the central mountains. On my next visit, I’ll spend at least a day in the interior with an overnight in Corte.

Sardinia: Italy’s culture and cuisine without the crowds

Crossing the Strait of Bonifacio from Corsica to Sardinia is a real treat. In the hour’s ferry ride we watched Bonifacio’s yacht-dotted harbor and ninth-century citadel fade into the horizon, the limestone cliffs breathtakingly mirrored in the blue sea.

Landing in Santa Teresa Gallura we all noticed the streets were paved with 3” x 3” squares of granite. I mentioned Corsica’s granite mountains earlier; Sardinia is part of the same geological formation. Corsica and Sardinia are simply the largest peaks of the formation that rise above sea level.

The first day of our Sardinian itinerary took us 188 mostly coastal miles to Tresnuraghes, traversing mountain passes with formations that reminded me of South Dakota’s Needles Highway. Cork forests and related harvesting and trucking industries captured our interest, as did the wind-sculpted rock sculpture known as Roccia Dell’Elefante, “The Elephant Rock.” The riding, scenery, and food were spectacular. 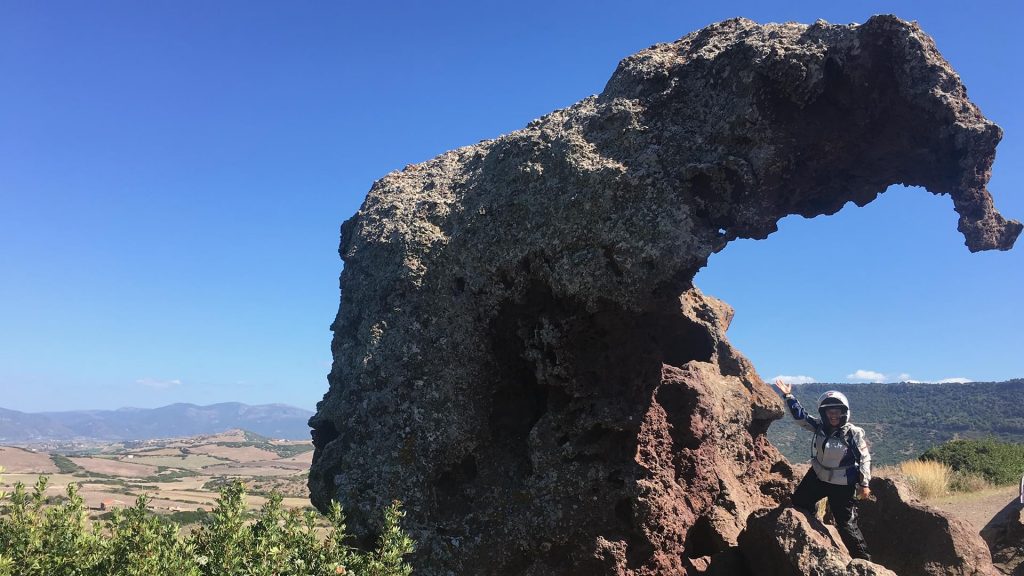 Sardinia’s topography provides more land for agriculture than Corsica’s. You’ll see plenty of free-range sheep, goats, cows, pigs, and burros as you ride the serpentine passes. A Sardinian breed of sheep produces an exquisite pecorino cheese, better known as fiore sardo, and only the Kiwi couple on our tour were unfazed by the millions of sheep that graze there—after all, sheep outnumber humans in New Zealand.

Our itinerary carried us across the mountainous midsection of the island to its eastern coast at Cala Gonone, another limestone-cliffed beauty. This resort town hustles in service to climbers, divers, sea kayakers, beachcombers, hikers, and of course, motorcyclists. Cala Gonone is the place to do your souvenir shopping, but it’s nowhere near the commercial level of, say, Myrtle Beach, South Carolina.

Our final day on Sardinia was by far everyone’s favorite of the tour. The central mountains between Cala Gonone and the Cagliari harbor were virtually traffic-free with continuous curves and jaw-dropping scenery. If I could repeatedly ride only one region for the rest of my life, it would be through this one.

In all, Sardinians are friendly and gracious, welcoming our merry band of motorcyclists with broad smiles—even when we parked right under the windows of their homes. Many of the towns and villages we visited are decorated with murals and I’d love to take a week to photograph them for a collection.

If you are a cultural traveler, Sardinia’s 7,000 prehistoric stone structures including villages, temples, fortresses, and tombs will intrigue you. One, the Su Nuraxi, is a UNESCO World Heritage site with more than 30 beehive-shaped towers believed to have been inhabited from 1500 BC to the seventh century CE.

Our Sardinian sojourn ended with an overnight ferry to the mainland. We ate well, enjoyed each other’s company in the lounge, and slept comfortably in cabins equipped with bath- rooms. We arrived the next morning at Civitavecchia on the Italian mainland, just 45 minutes to Rome’s Fiumicino airport. 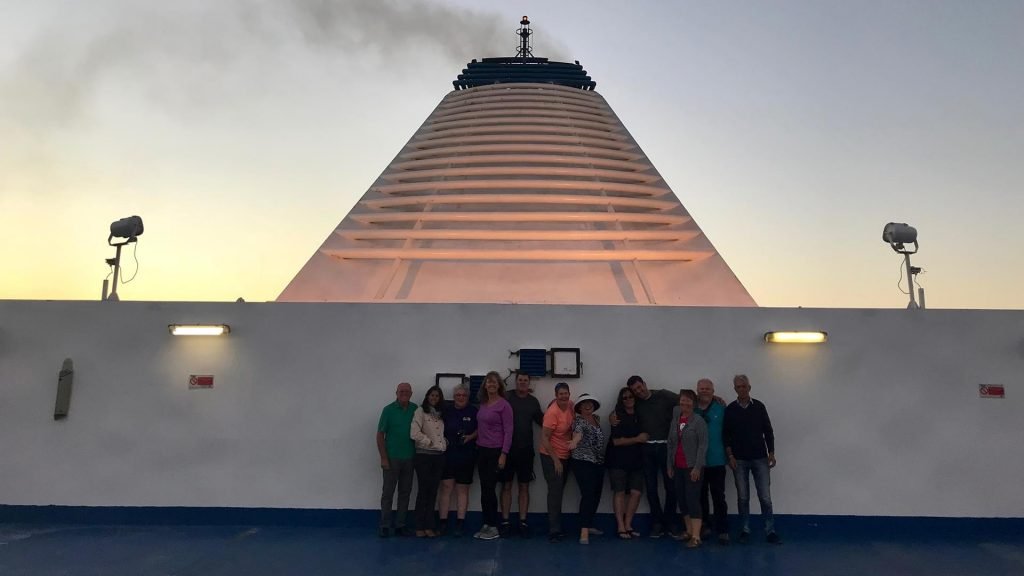 When planning your visit, our guide Enrico suggests spending some time in southwest Sardinia. Alas, we didn’t have time in our itinerary, which also included a day in Tuscany and another in Lazio.

Tips for travelers and motorcyclists

GUIDE: Hear the Road Motorcycle Tours of Italy. Led by Italian born-and-bred Enrico Grassi, who navigates his guests not only on the tarmac, but also through culture stops and restaurant menus. He is a real foodie and history buff. Enrico will also support your self-guided tour by providing you with a programmed GPS and making arrangements for your motorcycle rental and lodging. This is my second tour with him. Find out more about these wonderful tours at MotorcycleToursItaly.com. 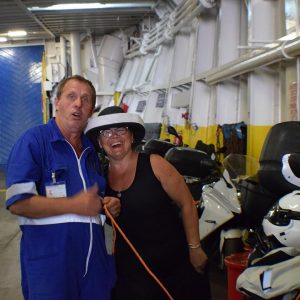 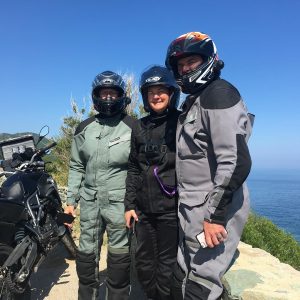 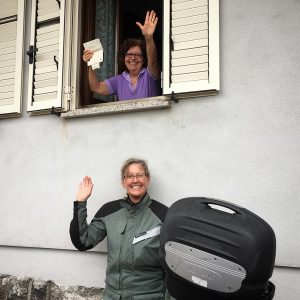 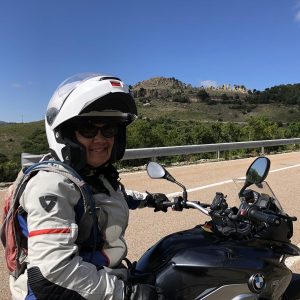 On The Level columnist Tamela Rich is also a television travel expert, Iron Butt member, and award-winning author. She founded and runs the Mountains and Music Motorcycle Tour Series. Her new book, “Hit the Road: A Woman’s Guide to Solo Motorcycle Touring” is available in print and digital formats now.